TradeMasters USA seemed to be a valid, trading platform supplier. Apparently, the tremendous yields and enormous profits were a fraud. The accounts statements that the person who owns the firm supplied to prospective buyers of this machine were fakedcherry picked, and deceptive. It ends up that the person who owns the business, before 2013 had never exchanged a day in his entire life. But, Ninja Trader broker and Ninja Trader Ecosystem trumpeted his presumed success and validity. A full and complete fraud.

0 (0 votes)
Pros: Absolutely nothing to recommend
Cons: CFTC has ordered that Trade Masters USA immediately cease operations, return investor funds, and refund all customers. Appears to be yet another fraud enabled by Ninja Trader though the Ninja Trader Ecosystem.

Thanks for reading today’s review of TradeMasters USA

TradeMasters USA is a trading system provider that works only on NinjaTrader platform. The system has a price tag of $3,995, with an additional monthly subscription fee of $499 per month.

Based on Archive.org, the company appears to have originated in late 2013.

The official business address of the company is 6550 South Eastern Avenue, Las Vegas, Nevada 89123 but a search of Google maps reveals that no such business currently occupies this address. However, you will find at this address, two legitimate businesses: The Hot and Juicy Crawfish Restaurant, and The Psychic Eye palm reading and bookstore.

The company maintains a prominent listing on the NinjaTrader Ecosystem website.

The TradeMastersUSA.com website reveals no information on whom actually owns the company.

During the month of December, 2015 I reached out to TradeMasters USA via a series of emails and telephone calls. I explained that I was from TradingSchools.club and that I would be writing a review. Unfortunately, the company ignored all emails and refused to return phone calls. 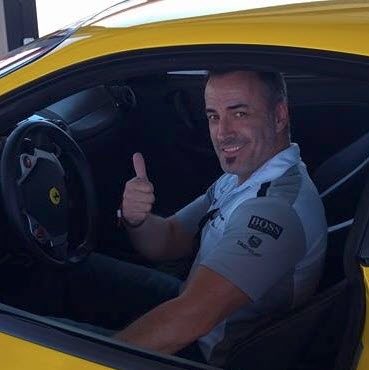 A few weeks later, I again achieved to TradeMasters USA. But this time I used an alias and explained myself as a fighting dealer and lately retiree. I had been seeking to understand how to exchange, supplement my fixed income, and truly wanted help. Almost immediately, I started to get answers from an individual named Mick. He clarified he was a complete time professional trader of more than 20 decades, was a cash manager, a hedge fund manager, and’d mentored many dealers successfully. In addition, he clarified that the majority of the pupils and buyers of his trading platform proved now, always earning between $5,000 and $30,000 a month in trading gains.

He also expressed that he was one of the very few trading educators with 100% authentic trading account statements. And that we would be willing to share his account statements via screen share software to those that were sincerely interested in becoming a full time professional day trader. However, he would not be willing to email his account statements because he felt that it might break various laws and financial regulations. I explained that I would be more than willing to immediately send him the $3,995 system fee, but that I just needed to verify his performance claims. I explained that I had been burned in the past and that I just wanted some authenticity. He agree and very enthusiastically complained about the multitudes of scammers preying on the vulnerable.

Next we screen shared and Mick produced a spreadsheet with the following performance summary. He explained that this was his own actual trading performance, and it was 100% legit. 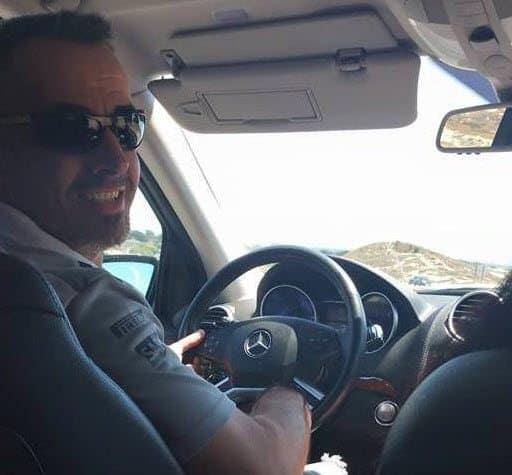 I drive a Mercedes. Are you impressed?

As you can see, this looks quite impressive. Only two losing months in the past two years. Month after month of positive returns. Everything looked great. But I explained to Mick that anyone could produce a fancy spreadsheet, what I needed to see where actual account statements. He said no problem.

The more I attempted to slow down, takes notes, and ask questions of what was being shown, the more Mick made me feel “slow”. As if “normal people” 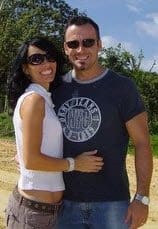 should be able to immediately see the legitimacy and value without such effort and examination. As much as I wanted to truly believe, something kept biting away, warning me that something was just not right.

I next explained to Mick that I needed an extra day to think it over, and that I would call the next day.

The next day, I contacted Mick. But instead of looking for account statements, I decided to ask a few questions regarding the logic behind the trading system. And this is where the wheels began to come off the wagon.

Anyone who builds trading strategies must know about terms such as Profit Factor, Drawdown, Maximum Adverse Excursion, Distribution of Returns, etc.. In my absolute amazement, Mick was completely ignorant of basic data, computer programming and trading system language. When asked that computer code that he developed his trading platform, he embarrassingly fumbled through the query and explained he needed a group of developers that aided him. When asked about the logic supporting the trading platform, he stumbled into what could only be called word . It had been one of those awkward moments when an ignorant person produces a massive effort at sounding clever by piecing together fancy sounding words.

The warning signs immediately heightened. I was dealing with a fraud. This guy knew absolutely nothing about trading. My safety valve had always been the implied credibility of account statements, but this guy had suddenly destroyed that assumption. I was dealing with a true knucklehead that had somehow cobbled together these account statements, from god knows where, and had somehow stumbled upon a trading system from a 3rd party. He just packaged it up and sold it as his own Super Secret Trading System. 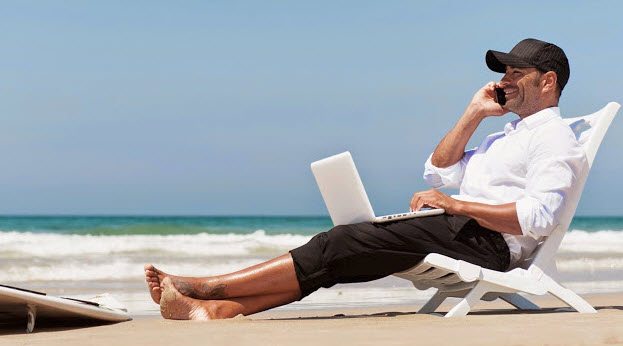 Day trading on the beach is so easy.

Next, I asked him if he had thought about getting a review from TradingSchools.club. He got very upset and explained that TradingSchools.club was just a “pay-to-play” website where you had to pay for a positive review. That the owner of that company was nothing more than a felon that had served time in prison for fraud (he finally said something truthful!). He refused to be extorted and manipulated by that crook. Secretly, I had a good laugh.

This past February, I flirted with the idea of giving TradeMastersUSA a semi-positive review. In spite of the extreme ignorance of the vendor, he was actually able to cobble together a few trading account statements. But in the end, I decided to not write anything at all. There were too many unanswered questions.

Many readers complain that I should not waste my time writing about these small trading vendors, its not really worth the time. They want to read about the bigger vendors. But I disagree. Even the small vendors deserve a review. In the case of TradeMasters USA, I felt it was just a matter of time before this guy blew up. Only a matter of time before his ignorance caught up to him. Apparently, I didn’t have to wait very long.

On August 15, 2016…the CFTC filed an emergency injunction against TradeMasters USA. Under court order, the company was frozen. The CFTC is alleging a massive fraud. The following is a pretty good read:

If you read this, you must be pretty amazed. The following are a summary of the CFTC’s allegations:

In total, Mick sold 36 copies of his magic trading software for a total sum of $155, 626. Some readers might be reading this and thinking to themselves, “its just 36 idiots that got suckered for $150k”. But I would like to counter this argument. Sure, its “only 36 people”, however think for a moment if the average person lost $10,000? Now we are talking about a serious amount of money.

What if one of the victims were your elderly father, or your spouse? And you discovered that Mick had convinced them, to allow him to trade their account, and them Mick promptly lost $50,000 of the families money. Most assuradely, this is probably what happened. Else the CFTC would not of stepped in so quickly.

Perhaps the CFTC is going to start taking a stronger position against the amount of fraud that is mostly perpetrated and enabled by Ninja Trader? Perhaps this is the first in a wave of enforcement activity?

Well, that’s it for today. Thanks for reading. Sorry for yet another sad trading story. Don’t forget to leave a comment below.