DayTradeToWin offers day trading software and private coaching. The main program is mentorship, which includes all the software as a package. With 10+ years helping traders and over 31k YouTube subscribers, they offer beneficial resources for new and advanced traders. The unique software, support, and longevity of the organization are rare in this industry. Recommended

0 (0 votes)
Pros: Educational for newbie traders.
Cons: The track record of trades is a complete sham. Owner of company can provide no proof of any prior trading success. Poor feedback from prior customers.

Thanks for reading today’s review about DayTradeToWin

DayTradeToWin is a day trading education company that is owned and operated by a person named John Paul, operating from Boca Raton, Florida.

A quick search of Archive.Org reveals that the DayTradeToWin website came online in late 2007, or early 2008.

DayTradeToWin has the following product offering:

The main product of DayTradeToWin is its mentorship program. This program lasts a total of 8 weeks. Included in the mentorship program is the opportunity to watch John Paul trade on a simulator for two hours, each week.

During the two hours of live simulated trading, John Paul also gives his opinion of the market and how it relates to his trading method.

The current website reveals “real time” performance from April 2011 through October 2015. TradingSchools.club exported all of the trades and analyzed the supposed performance. In total, John Paul is claiming that he earned $898,000 in profits from 3354 trades. During this period, John Paul also claims to have no losing months, nor any losing weeks. A truly incredible record…if real. 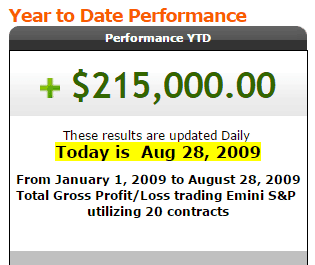 Prior to April 2011, DayTradeToWin posted highly detailed performance claims dating back to 2008. These performance claims were even better. The average winning month was typically ranging from $30,000 to $70,000 in monthly profits. Once again, no losing months, nor any losing weeks.

For 8 consecutive years, John Paul claims to not experiencing single losing week at day trading. I don’t know about you, but if I were able to profit 416 consecutive weeks, and never have a losing week, this would be some sort of world record. In fact, in the past 2 years of writing these reviews, I have never witnessed such an amazing winning streak.

But is it true?

Throughout the weeks of June 2016 during July 2016, I made many efforts to get John Paul. Several mails, and many phone calls. He fails to respond live telephone calls, so that I had been forced to leave a few messages.

In my view, he had been motivated by two individual conversations from shareholders who had invested a fantastic deal of resources and time trying to learn his strategy. These people gave me details of the unique adventures, and that I wished to know when John Paul could offer a rebuttal.

As well as seeking his remark from prior students, I wanted to confirm the assumed performance that John Paul was asserting since 2008.

The phone conversation was amicable and that I discovered John Paul to become spoken and very fair about his trading functionality. And that the recorded performance is intended as advertising and advertising.

I explained to John Paul the huge majority of negative reviews are a consequence of the trading seller not using a verifiable history of trading effects. And, in the close of the afternoon, this is the best method to evaluate if or not a day trading instructional program was worth the investment. He knew.

Next I inquired if he could offer a redacted account announcement for any part of the assumed functionality period from 2008 through 2016. I wasn’t searching for month on month, nor year annually. I was just asking for a very small sliver. I explained that when he could create only one couple of winning trades, even a small month, this could be sufficient to get a favorable review.

The bar was set so low that definitely John Paul could create one winning afternoon. Regrettably, John Paul can create absolutely zero evidence he even offers a trading accounts. After waiting and waiting asking, it seems that John Paul provides absolutely no evidence at all.

Conversations with prior students

Over the past two years, TradingSchools.club has received 20 individual requests to review John Paul and DayTradeToWin. Of those 20 requests, two of the individuals were prior students and had spent several thousands of dollars for the software and private mentoring.

Both individuals had dismal results. The first individual lost a cumulative $35,000 in trading losses, trying desperately to replicate the trades from the “Atlas Line” trading software. Over the course of several months, he poured his heart and soul into the dream of becoming a full time professional day trader, just like John Paul. However, he would experience losing week after losing week. Multiple times he would deposit an additional $5k to $10k into his trading account. He just could not understand why he kept losing and yet John Paul kept reporting winning week after winning week.

The experience for this individual was heart wrenching. His wife begged him to stop burning through their retirement savings. He was semi-retired and was pinning his hopes on making it work out. Finally, after several months of disappointment, he finally came to the realization that the DayTradeToWin training program was flawed to the core. He had built his house upon a faulty foundation. The foundation of his decision to participate in the DayTradeToWin educational program where the performance claims that John Paul had listed on his website. In retrospect, the customer told me in a phone conversation,

“I should of asked him to prove that the results on his website were real. I based my decision and future upon these figures”.

The next customer interview is similar. This person discovered the DayTradeToWin educational program from the NinjaTrader Ecosystem website. He participated in a webinar and came away with the impression that John Paul was, “the real deal and he sounds so convincing”. This was the first step in his journey.

The next step in convincing him to purchase were the YouTube videos. If you watch the DayTradeToWin YouTube video’s, you will notice that every single video replay of “live” market action concludes with a winning trade. These winning videos put him over the top. However, upon further review of the YouTube videos reveals that the videos are nothing more than market replay. In other words, John Paul enjoys the benefit of knowing the result, before he places and records the trade on the screen.

With both customers, they also were convinced by the large amount of “customer video testimonials” that John Paul has prominently displayed on his website. In speaking with both individuals; in retrospect the video testimonials could be the work of pure fiction. Both felt embarrassed, and ashamed that they were so naive, and believed the supposed performance claims. The second customer said the following:

I didn’t want to seem rude by asking for an account statement. I just assumed it was real. And that if I could come close to the performance claims, that I would of been satisfied. In retrospect, I wanted to believe so badly that this could change my life for the better, that I allowed it to cloud my judgement. There red flags were there the entire time. I just refused to acknowledge them.

Is a DayTradeToWin a scam? In my opinion, there are a numerous amount of red flags. Most troubling is the performance record. I consider it to be highly disingenuous, or even borderline fraudulent to tout these sort of investment returns, and yet provide absolutely no proof that any prior trading success has ever existed. In short, the supposed performance claims serve as “bait.” The YouTube videos, that give the impression that every trade is a winner, serves as yet more bait.”

The customer testimonial video’s are yet another piece of “bait”. And one small, and seemingly insignificant piece of evidence is that John Paul claims that DayTradeToWin has been featured on Bloomberg, Wall Street Journal, and Reuters. However, a through and exhaustive search of the archives of these reputable websites reveals no such articles that feature either DayTradeToWin or John Paul.

So does John Paul have anything of value to offer? Thus far, I have spent about 3 hours reviewing various YouTube videos that John Paul has published. In my opinion, he obviously has a great deal of experience at trading, and some of these videos are quite useful and informative.

Hopefully, at some point, John Paul is going to read this review. And maybe this review will motivate him to “get real”. Start showing some sort of real track record that can be verified and gives a more realistic portrayal of his trading abilities. At the end of the day, people are buying a product that display his best abilities.

Well that’t it for today. Thanks for reading and don’t forget to write a comment below. Even the haters, trolls, shills, and delusional will find a warm and receptive response from me.