Specifically referencing a supposed trading contest titled,”World Traders Challenge”. Mr. Pugliese asserts he has become the grand winner of the rivalry for 12 successive years. But following a thorough search, seemingly no such trading contest really exists. The live day trading area contains hardly any actionable guidance. There’s not any live trading DOM present on the display, no trading in the graphs, without any track record. Mr. Pugliese provides no verifiable record of trading successfully, nevertheless expects consumers to pay up him $15,000 due to their magic trading information.

0 (0 votes)
Pros: Recommended for beginners.
Cons: Zero proof. Owner of company making over the top and outrageous claims of being a 12-time world champion day trader. No track record of trades. Day trading room is a complete joke. Overpriced education.

Thanks for reading today’s review about Cyber Trading University

Cyber Trading University is owned and operated by an individual in the name of Fausto Pugliese, operating the business out of 6800 Jericho Turnpike, Syosset, New York.

In addition to the above referenced training programs, Cyber Trading University also offers approximately 14 different courses designated for intermediate to advanced users. These courses range in price from $159 to $549, per course.

All courses and materials appear to have been developed by either Fausto Pugliese or Jesse Colombo.

Since January of 2015, Trading Schools has now received about 40 requests to review Cyber Trading University. In addition to the requests for a review, Trading Schools has now received three direct emails from individuals claiming to be former students.  A Google search for the keyword “Cyber Trading University” reveals an average of 500 to 700 global monthly search volume.

During the month of May 2015, my team attended approximately five days of the “live trading chat room.” During the course of the five days, we witnessed zero live trading. No trading DOM was present on the trading screen, no live account was displayed, and no record of trades being recorded.  Instead, what we witnessed were a series of suggestions and verbal exclamations describing what may or may not be happening with individual stocks.

During the pre-market, Fausto Pugliese will usually issue a series of stocks that he is “watching,” and that these could be “big movers.”  Unfortunately, during the live day trading sessions we never witnessed Mr. Pugliese (or his moderator) ever taking any live trades.  Since the “watching” list contains several potential stock trades, then there was a very good chance that at least one of the stock symbols would break out. Whenever the inevitable stock did actually break out, Mr. Pugliese would began hollering into the live chat how he nailed the trade perfectly.

Mr. Pugliese also likes to make brave claims of his amazing day trading abilities on Twitter.  A review of his Twitter account reveals hundreds upon hundreds of supposed winning trades.  Never does he lose. In fact, a thorough review of his official Twitter track record reveals not a single losing trade. Since 2009, a constant and unrelenting stream of winner upon winner. You would think that with such an amazing track record of never losing, Mr. Pugliese would be willing to post a redacted brokerage statement that corroborates this truly outstanding track record. But, after repeated requests to verify his trading, we can only theorize that Mr. Pugliese has no interest in transparency.

You would think that a person who was the grand champion of 12 years worth of trading competitions, that he would be more than willing to provide some sort of reference to verify such an amazing claim.  Instead, Fausto Pugliese seems to have forgotten or simply cannot explain where readers can find this information regarding the World Traders Challenge.  Once again, Trading Schools reached out to Mr. Pugliese for references to the World Traders Challenge.  Zero response.  However, contained within all of Trading Schools emails are pixel tracking codes that auto alert whenever an email is opened.  In real time, we could watch him opening the email, but no response. Why no response?

Through the years, Fausto Pugliese has given many recorded interviews on various online trading websites.  In some interviews, he mentions that he is the nine-time World Trading Champion, in other interviews he claims that he is the 16 time World Trading Champion. Is it 9, 12, 16? Nobody seems to know for sure, even Mr. Pugliese seems genuinely confused by how many times he has been crowned the World Traders Challenge champion. If I were the World Champion of anything, I would proudly display it…like this guy holding a beer. It seems the Fausto Pugliese has a real panache for self promotion. But sometimes self promotion just isn’t enough. Sometimes you need more flair, more sparkle.

Trading Schools reached out to Cyber Trading University and asked for student success rates.  Most legitimate universities publish this sort of information.  However, Mr. Pugliese can provide nothing more than unverifiable “written testimonials” and a reference from a former Playboy Playmate and Cyber Trading University Alumni named “Kennedy Summers.”

In an interview with Equities.com (2015), Ms. Summers explains that since she began day trading, in only a few months, she has transitioned from knowing nothing about stocks to becoming a full time professional day trader. Really? Trading Schools reached out to Ms. Summers and requested comment and whether she is maintaining some sort of trading log that prospective, dreamy-eyed students could review.  No response.  It seems that since the initial promotional splash, Ms. Summers has decided to once again focus on her modeling career.  Her Twitter profile makes no recent mention of her new career as a full time day trader.

Ms. Summers is certainly a lovely looking woman. The following pic is certainly a very revealing photo. But, I have to wonder if her words on the T-shirt do not tell the real story of her involvement with Mr. Pugliese. 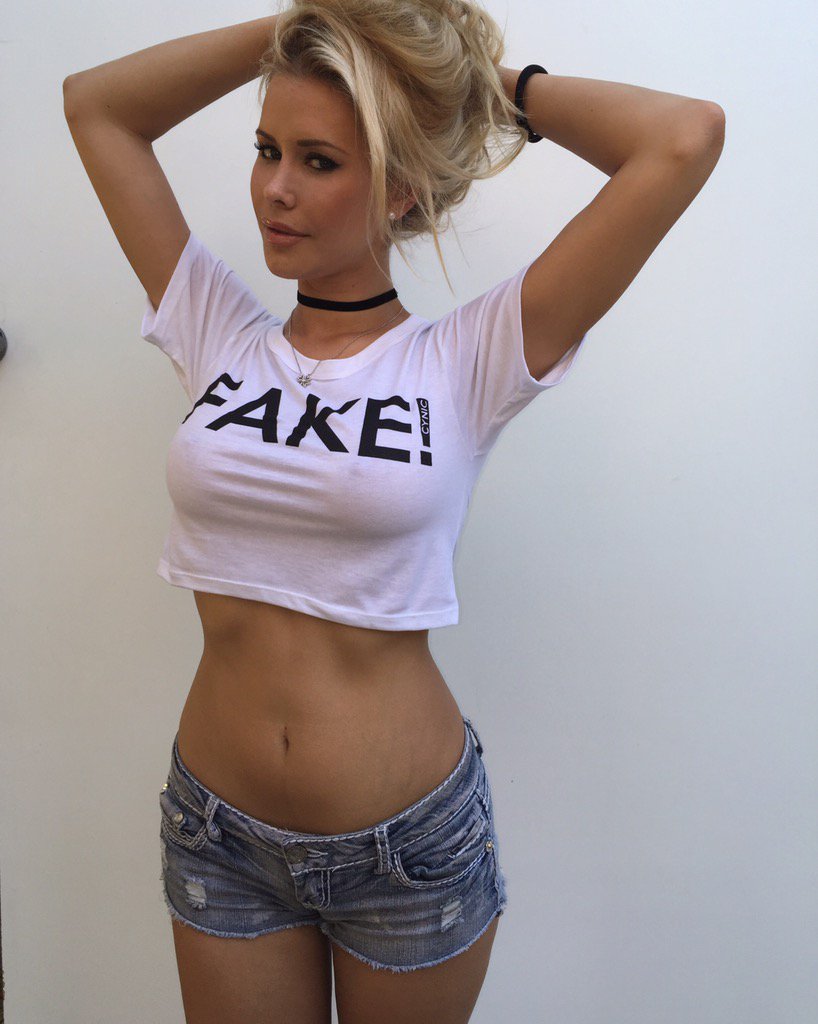 So let us review few things…

For the past 20 years, Mr. Pugliese has been touting himself as a financial guru, yet he can provide absolutely no verifiable track record of successful investing.

A boastful and self aggrandizing Twitter account for Mr. Pugliese reveals nearly 7 years of consecutive winning trades…and never a Tweet or mention of a single losing trade.

And finally, Mr. Fausto Pugliese claims that he is the World Traders Challenge champion…for the past 12 consecutive years.  Yet a thorough and exhaustive online search reveals that no such trading competition exists.  To make such a claim with the lack of evidence, in my opinion, is a display of extreme dishonesty.

Thanks for reading and don’t forget to write your comments below.  Even the haters and trolls will find that their comments are warmly received.