Another”live day trading area” and trading platform seller is charged with fraud by the CFTC.

Neither Kimball Parker or Timothy Baggett had traded successfully. Prior to being marketed as”professional day traders” by NinjaTrader, the two people were well-known hustlers from the MLM/Pyramid plot community and marketed a range of exceptionally suspicious health products that allegedly treated all manner of illness and maladies.

Thanks for reading today’s update of Changes Trading

The website that was shut down by the CFTC, has recently been pulled from the internet, but an archive copy of the website can be found here.

What has been ChangesTrading.com selling? The business is owned and managed by two people: Kimball Parker of Lehi, Utah and Timothy Badgett of Lakeland, Florida. The company recently worked a”live day trading area” that specialized in trading the Emini SP500 futures contract, and offered a”Robot” trading system which may be auto-traded with NinjaTrader via agent direct link. The expense of this”live day trading area” and trading platform ranged from $1,995 to $2,995, with an extra $150 per month in licensing fees and live trading room accessibility.

A rash of complaints

From February 2015, to as recently as September 2016, TradingSchools.club received a total of 11 customer complaints alleging fraud.

Prospective purchasers of the system and the live day trading room uniformly described how they were enticed by supposed “100% verifiable trading results” from a “verifiable futures trading account.” The following are several copies of spreadsheets that were used as marketing materials to sell the product.

How the fraud was marketed

TradingSchools.club reached out to NinjaTrader Brokerage/Ecosystem and requested comment regarding the allegations of fraud by the CFTC. NinjaTrader replied that based on their method of continued vendors audits that occur post-listing, the vendor had been removed from the NinjaTrader website on or about April 2015.

In a private conversation with NinjaTrader, my sense is that they are actively in the process of reevaluating the NinjaTrader Ecosystem. Though I cannot comment on exactly what that means, I am 100% confident that they understand that changes need to be immediately made. Though this is of little consolation to the victims of the fraud, it is at least a small victory to know that NinjaTrader is taking a more active stance on safeguarding customer relationships.

How many people got ripped off?

The CFTC investigation revealed 289 victims were induced to spend a total of $853,294 for the fraudulent trading system and live day trading room. The average victim spent $2,952 with the company.

The CFTC revealed that one customer reported losing more than $100,000 from their live trading account. In TradingSchools.club interviews with victims, we tallied nearly $200,000 of self-reported losses. It is important to note that the reported losses from our interviews are self-reported and were not independently verified. However, I believe it would be a safe estimate to assume that total trading losses amongst all victims would range between 2.5 million and 5 million dollars. Once again, this is an estimate based on average losses per victim.

Who are these scammers?

It appears that prior to being promoted by NinjaTrader as “professional trading educators”, both Kimball Parker and Timothy Baggett were long-time network marketers promoting various pyramid marketing schemes.

Some of these network marketing, pyramid scheme type products have made some very dubious claims:

These are just a few of the pyramid schemes orchestrated by Kimball Parker and Timothy Baggett. Several others include Leanness Lifestyle University, Changes Travel, Changes Trivia, Changes Wireless, Changes Home Security, and Changes Insurance. All organizations and products are pyramid scheme variates.

Kimball Parker and Timothy Baggett represented themselves as extremely profitable traders. Marketing materials and falsified spreadsheets that the CFTC recovered included claims that their trading system, “never had a losing month” and generated “300% annual returns”. In addition, they claimed a success rate of, “83% – 93% winning trades, every single day, month after month, year after year. Our documentation of profitable results date all the way back to 2009.”

However, both Kimball Parker and Timothy Baggett admitted to CFTC investigators that everything was falsified and fraudulent 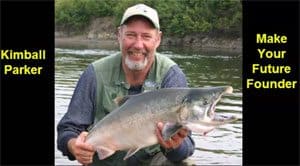 Both Kimball and Baggett also claimed that prospective purchasers could realistically expect to earn between $200 – $1,000 per day trading the system. However, defendants admitted to CFTC investigators that they were unaware than anyone had ever made a profit with their trading system.

Both Kimball and Baggett also claimed that prospective purchasers could realistically expect to earn between $200 – $1,000 per day trading the system. However, defendants admitted to CFTC investigators that they were unaware than anyone had ever made a profit with their trading system.

Probably most damaging was that Kimball Parker admitted to CFTC investigators that he knew that the trading system did not actually work, it was “dangerous”, and that customers would definitely lose money if they traded it. Nonetheless, Kimball Parker knowingly allowed customers to have the trading system auto traded with customers live, real money trading accounts. The end result was predictable, with many individuals quickly draining their trading accounts to zero.

In my opinion, the most egregious insult is that both defendants freely admitted to CFTC investigators that their trading system was virtually guaranteed to lose, from day 1. But with a cavalier and thoughtless attitude, they helped customers install their “trading system” onto a trading platform and then have the trades auto executed; the entire time they knew that each customer was likely to lose all of their trading account.

How could a human being be so devoid of conscious? How can someone be so dark, so black in their soul, that they would knowingly walk these poor victims, step by step into the gas chamber?

A very big thanks to the hard working investigators at the CFTC that really dug deep on this investigation. The CFTC attornies and investigators pour hundreds of hours into each of these enforcement actions. They truly care about helping average people. And part of helping the public is advising the public to simply avoid anything that “sounds too good to be true.” Changes Trading was definitely of the “too good to be true” variety.

It is also important to realize that although the CFTC has gotten to be very effective at shutting down these scams, it is rare that a victim will every receive compensation for losses. Individuals need to also take personal responsibility for making poor choices.

Thanks for reading, don’t forget to leave a comment below. And for those interested in the granular details of how this fraud was executed, I have included the court filing of the CFTC enforcement action.