An expert of”double-speak”, in which the ear hears the trample of bulls, while the ideal ear hears the mauling from bears.A circle jerk, waste-of-time carnival attraction intended to sucker the newbie to thinking that a real magician is behind the curtain.

0 (0 votes)
Pros: Good for the very basics and nothing more.
Cons: Highly subjective, mumbo-jumbo trading books and courses from a supposed trading guru. No proof of trading success. No track record. No scientific evidence. Pure magical thinking. Trading room is a waste of time.

Thanks for reading today’s review of Al Brooks Trading

What is Al Brooks Trading? Al Brooks is day trading educator. He currently maintains and promotes the following web properties:

Al Brooks is also a frequent advertiser with the Online Traders Expo.

Some readers may be offended or confused that I’m using the term’advertiser’, rather than the term’speaker’ in Online Traders Expo. The reality is that Online Traders Expo is a quarterly convention circuit which specializes in selling and promoting trading solutions.

Everyone can be an”professional speaker” in Online Traders Expo, you simply have to spend a few thousands of bucks for the privilege. There’s not any vetting of trading teachers or the goods being sold.

Al Brooks additionally receives an enormous quantity of media from Futures Magazine. In reality, he recommends a daily blog article on Futures Magazine where he supplies a post-market overview of the daily price action.

During the month September 2016 as well as October 2016, TradingSchools.club used various alias’s and attended 8 of the live trading sessions being offered by BrooksPriceAction.com. Not once did we witness a live trade. Furthermore, we never witnessed a live or a simulated trading DOM on display inside of the live day trading room. All that is offered are verbal suggestions, pretzel logic, and ambiguous side-speak.

Finally, in one last desperate attempt, TradingSchools.club reached out to Al Brooks directly and notified him that a review was pending. We asked for some sort of performance summary. He refused. His response was that by disclosing his individual trading performance, that he would be committing a criminal act or would be in violation of securities laws.

Is showing a record of trades a criminal act? TradingSchools.club, in the past two years, has written extensively about trading educators. Not once have we ever witnessed a trading educator getting into trouble for being honest with consumers. In fact, we have been closely involved in both the criminal and civil prosecution of over a dozen fraudulently promoted trading educators and trading systems. In speaking with CFTC and SEC investigators directly, they simply laugh whenever they hear this well-worn piece of urban fiction.

Of course, trading educators like Al Brooks will attempt to obfuscate and confuse this point. They will say things like, “I talked to an attorney and they said it’s against the law”. This is pure nonsense. Securities regulators love disclosure. The more the better.

Perhaps Al Brooks should contact world champion trader Kevin Davey about his published track record. Kevin has been selling trading system since before Jesus walked the earth, and has never had a problem with a securities regulator.

Anyone that tells you that they cannot show you a track record of trading performance “because it’s illegal” is trying to fit you with a custom butt plug, while telling you that it is a lolly pop. Huge red flag (or butt plug).

Does a lack of a track record automatically disqualify?

Does Al Brooks lack of a track record mean that he is a scam artist? Or a con man? In my opinion, it does not. It just means that he probably isn’t a very good trader, and doesn’t want anyone to know about it. The massive amount of promotions, videos, books, seminars and courses simply paint a picture of what Al Brooks truly is…he is a just another trading promoter. A retired eye doctor that couldn’t make it as a retail trader and decided to sell some stuff to supplement his income.

Al keeps his promotional efforts clean and tidy. He doesn’t produce a track record or make wild claims of success because he knows that it will get him into real trouble. His ‘game’ is to leverage social media, various media channels, books, etc that create the impression that he is some sort of “trading wizard”. But the reality is he is just an average guy out selling the dream to the unwashed masses.

Al Brooks is certainly not going to qualify as one of TradingSchools worst educators. Not even close.

The real problem with Al Brooks

Trading educators all seem to occupy a particular niche. Some educators claim that magical order flow indicators can divine the future, others claim that rocket science mathematics infused into a moving average will surely bring big trading profits, others claim that 700-year-old Japanese stick characters portend the future. With Al Brooks, his niche is “Reading Price Action”. What exactly does that mean? Quite simply, from Al Brooks perspective, he claims that he can look at just about any 5-minute bar, and from these tiny bits of information, he can consistently predict the future.

What does an Al Brooks prediction look like? Well, lets start with the trading room, and what we heard…

“Double bottom probably buyers on doji candle looking for long entry and short entry on resistence failure short entry for quick profit, be aggressive and careful with either position”

On and on, throughout the trading day, Al Brooks talks his way through the trading session. Making these weird, highly indigestible, utterly confusing references to things that apparently only he can see. Not once does he ever say, “I am going long at price X, stop at price Y, target at Z.” Nothing he say’s is ever direct, concise, or definable. The entire trading room is meant to be a lesson in confusing terminology, innuendo, and twisted statements. Everything is meant to lead the consumer back to the reference material, in other words, if you buy the book specifically on Trends, then you will understand what I am saying. And after you buy the book on Reversals, then you understand this. And after buy the book on Ranges, then you can understand the ranges terminology.

And if the books are not enough, then you need to purchase the 36-hour course that ties it all together. And you need to keep paying $99 per month and watch the live trading room, and eventually it will sink in. On and on it goes, until finally the disgruntled and dismayed start writing to TradingSchools.club and complaining and are pissed off about wasting time and money.

Thankfully, multiple readers sent me copies of Al Brooks trading books. Although the books are stuffed full of perfect chart examples, there is absolutely no backtested evidence that any of his chart patterns are valid. Everything he writes is subjective and pure opinion. Today’s modern trading platforms make it simple to backtest ideas, and specific set-ups, but Al Brooks does none of this. We are supposed to “see the patterns” and “feel the patterns”. And if we follow Al Brooks long enough, we also will begin to “see and feel these patterns”. But you have to keep paying, and buying and watching in and endless loop of hope.

The problem with Al Brooks always circles back to square one. Does this guy even trade? Does he even have a trading account? Has he ever had any success whatsoever? All he has to do is release information on his own personal trading performance, and this would be the final verdict. But Al Brooks will not do this. Nobody is allowed to peak behind the curtain of the Wizard of Oz for a reason. 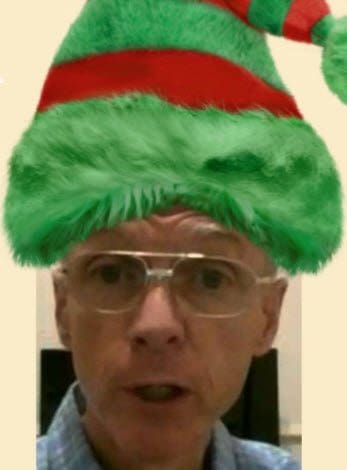 Al Brooks is a palm reader. With his nerdy demeanor, he holds your palm and starts pointing to lines that supposedly tell the future. He suggests that a straight line here, with a squiggly line over here, and a strange line there means that something amazing could happen to you at any moment. Never does he take out his own palm and tell you what is happening with him, its always about playing into the imagination of his audience. He is an eye doctor, and he can see things really well, and his daughter is going to an Ivy League college which means that he is successful and can afford such a thing. And that since Futures Magazine publishes his articles that they have witnessed his grandeur and endorse his predictive abilities. And since he is a “speaker” at Traders Expo, that he is authentic, and the multiples of books and video courses are yet more proof of his amazing abilities.

But the sad and simple truth is that Al Brooks has no trading record. He is just a simple little man projecting something that he is not. He is not a successful trader. Just another vendor, selling the dream. Of course, I would love to be wrong. And it would be so incredibly easy to prove me wrong, by releasing a performance record, but Al Brooks knows that he can never do this.

Thanks for reading. Sorry for yet another negative review. There are plenty of Al Brooks fans out there, and they are going to be pissed off that I am calling him a charlatan. But it’s just how I see it. Don’t forget to leave a comment below.