The Stock Swoosh by Mellissa Armo

Zero honesty with this trading room. Dont waste your time or money. Mellisa Armo does not trade, and can barely talk intelligently about trading. Disgraceful, lack of morals, character or basic human decency.

0 (0 votes)
Pros: The trading room is quite entertaining. Mellissa loves to talk, and she communicates well. The environment is light and lively. Mellissa is a great salesperson and you find yourself wanting to buy what she is selling.
Cons: Mellessa Armo does not trade. She just talks about trading. And she talks a lot. She represents everything that is wrong with trading educators: does not actually trade, makes big claims of trading success, is a master of telling how well her methods worked (after the fact). Provides references of people that barely even know her.

The Stock Swoosh is a day trading room room, specializing in gaps, owned and moderated by Mellissa Armo. You can find her constantly running paid webinars on Online Trader Central at a cost of $800 per webinar. Since she has done multiple webinars, then she must be selling plenty of educational packages. But are the educational packages of any value, does she really trade? Is she the real deal?

The First Thing I Notice

The first thing you will notice on her website is that she posts no track record of trades called inside the live trading room. There is not a shred of trade history anywhere to be found. I emailed Melissa and asked for a spreadsheet of past trades, she responded that she did not keep a history of trades, but that I should not worry because most of her trades were winners. OK, I guess.

Since she has zero track record, I politely asked for an account statement showing that she actually trades. I told her that it matters not whether the statement shows a profit or loss, just any statement will do. Just show me one singular trade, please. She responded that if she shows trades then it could reveal “the secret sauce”. I am not sure what “secret sauce” is, but it sure sounds tasty!

Any Proof Will Do

Since she does not keep a record of trades, and no account statement to verify, I ask for some personal references from former students. She then sent me the names and phone numbers of 3 people: the first was a black kid that told me that he was a free trial student, and did not have a trading account. The second person told me that they were also a trial student, and the 3rd person was an actual purchaser of the course. However, they were trying to get a refund, and felt they had been scammed. This person referred me to a personally written report that they had submitted to The Rip Off Report. You can read about it here.

But I Always Give The Benefit Of The Doubt

Of course, I know of several other trading educators that have been tarred with a few bad reviews, and you simply cannot judge the validity of a trading educator by the often unrealistic expectations of newbie traders. Regardless of no track record of trades, no account statements, and a terrible review from one her best references, I decided to give Melissa the benefit of the doubt. I would try her service with an open mind. And so I signed up for a trial of the trading room, and then began my one month period of observing and recording. Important note: each trial period lasts only one week, to counter this, and avoid having to pay the monthly subscriber fee, I used a proxy service called Hipe My Ass, and several different randomly created email addresses. This allowed me to sign up for multiple trial accounts and also remain anonymous.

Melissa Is A Persistent Salesperson

Be warned, Melissa is not afraid to sell you. She aggressively attacked each of my fake profiles like a dog begs for rib bones at a barbecue. Since I myself am a scumbag, we really clicked.  She is not afraid to call you, and with a sweet voice, she tells you that she just wants to help you realize your dreams of trading success. She is smooth and sweet. Admittedly and a bit shamefully I allowed myself to become bit enamored with her sweet voice and curiously wondered if she were a single lady. Her profile picture is kind of cute, so be warned if you like pretty ladies because Melissa plays it well.

Inconsistencies That Made Me Leary

Quite a few times some things would happen that made me really worry. For instance, on several occasions I was 15 to 20 minutes late to the opening of the live trading room. Every damn time I would show up late, as soon as I entered the room, Melissa would then start cooing about the big winner we had this morning. She would be congratulating the attendees and telling them that this is how its done. While I would sit there green with envy. After this happened 3 times, I began to smell a rat. So I decided to set up a rat trap… 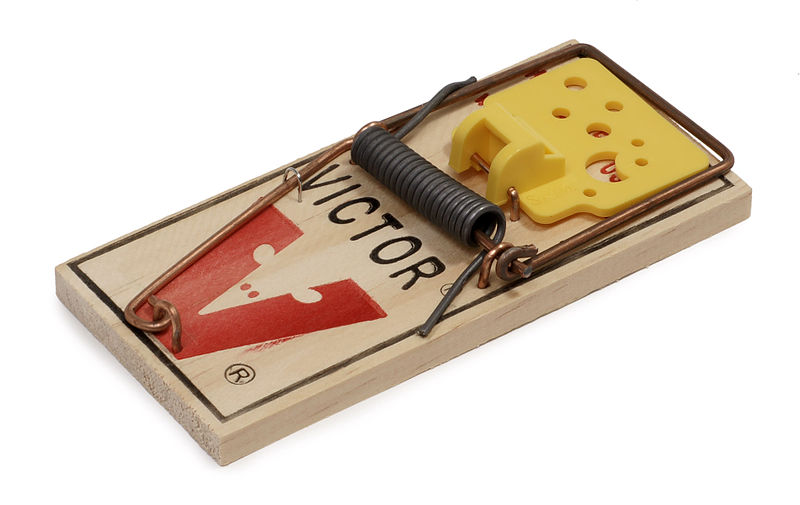 I set up a test to see if my theory that Melissa was purposely puffing up the performance as people would arrive throughout the trading day. I’m actually a Rat, in case you didn’t know, just ask my associates, so I set up 2 separate accounts; account A would show up at exactly on time and record the exact trades that Melissa called out. Account B would show up later in the session to see if Melissa would start up the glory of winning nonsense that I suspected. Sure enough, whenever I used either account as a late entry into the trading room, she would pull this nonsense. Its pretty clever how she pulls it off. I felt like I was at a Las Vegas magic show, a little slight of hand, a little smoke, a nice shiny mirror, etc.

Mellisa uses two primary words to describe her trade set ups; either a swish or a swoosh. But does she call out exactly entry and exit points? Nope. Not even once during the month I spent in her live trading room. She would use a lot of nebulous words like “thats the swish pattern we have been looking for guys! That’s it! But no mention of the entry or exit price. The best way to describe her trading service…imagine that its a clear night, and there is not a cloud in the sky. There are plenty of stars in the sky. And both Melissa and yourself are desperately attempting to find a UFO. Every so often, you will hear Melissa’s sweet voice make a mighty declaration, “There is it! A UFO. Did you see it?” But just as you look at the direction she is pointing, and see nothing, she say’s “Wow, you need to be just a bit faster in your observation”. And then she mutters, “Don’t worry about not seeing it as quickly as me, if you just spend $2500 on my advanced course, you will be able to see the UFO’s with no problem.”

Admittedly, my fat face was really glad to get out of the live trading room and get this report written. The constant deception made me tired and irritable that my bald head hurt.  I would catch myself, time and again, thinking to myself that she is going to start that glorious winning nonsense every time someone new arrived late into the trading room. And the constantly talk of swishes an swooshes, with no data to prove here theories was frustrating. At the end of the day, Melissa knows its all just a hustle and she is praying upon the gullible person, that is desperate to learn and earn. She is just another in a long line of hucksters with a never ending supply of snake oil to cure every ill. However, I have to give her a few positive accolades. And that would be that at least she does not populate her website with fake and fraudulent performance numbers. She is old school and relies on pure salesmanship to get the deal done.

What are your thoughts? Thanks for reading.